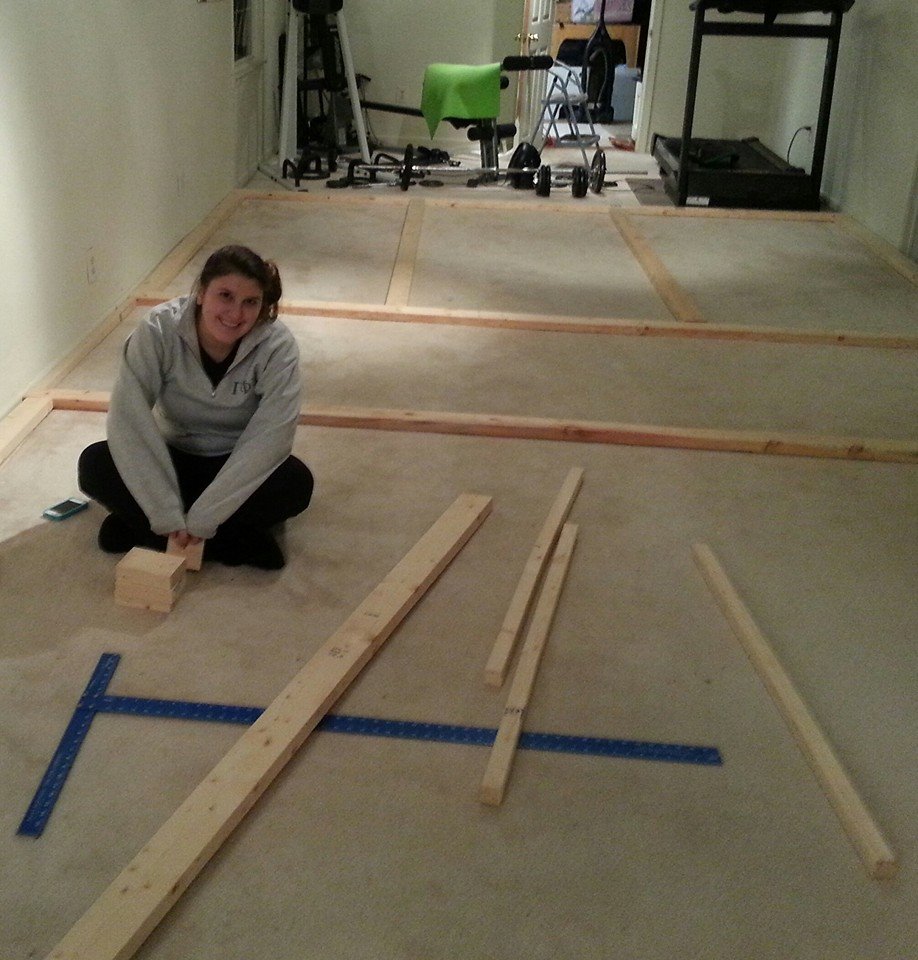 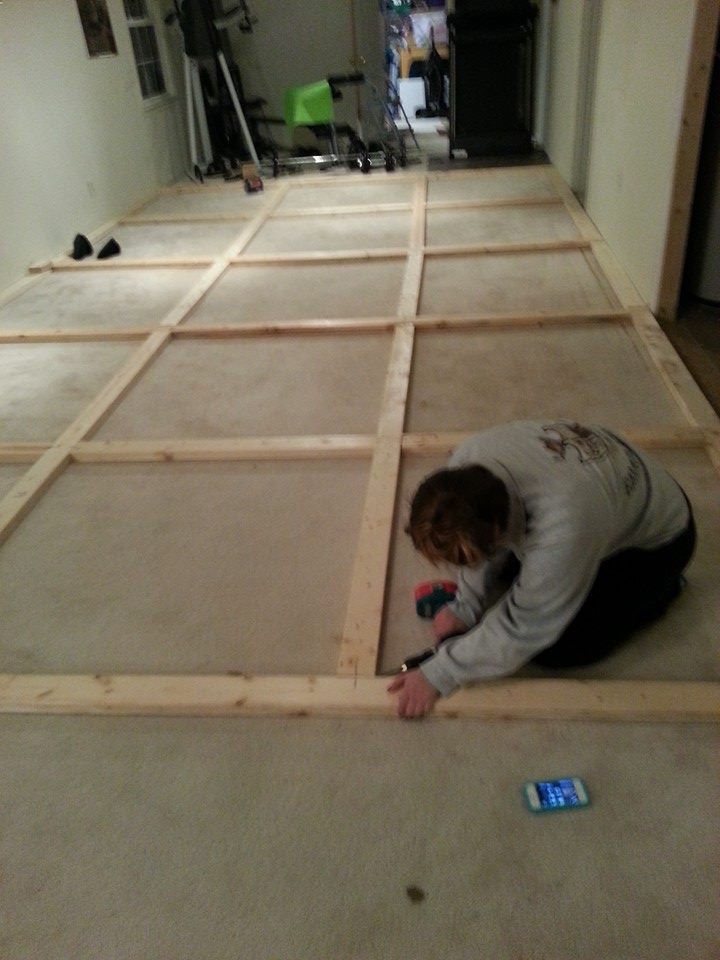 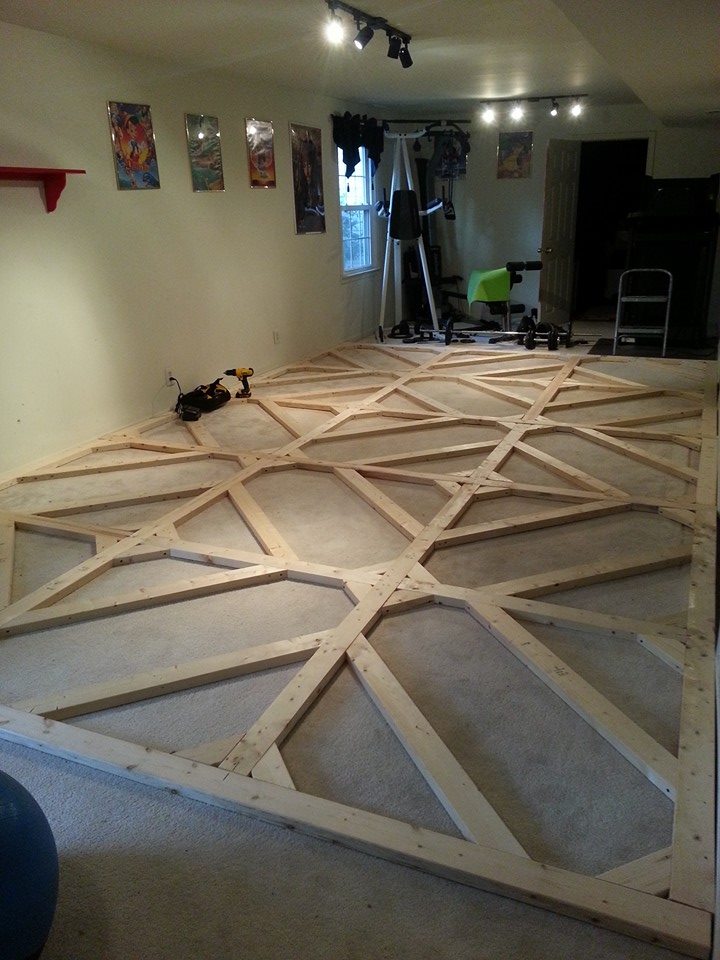 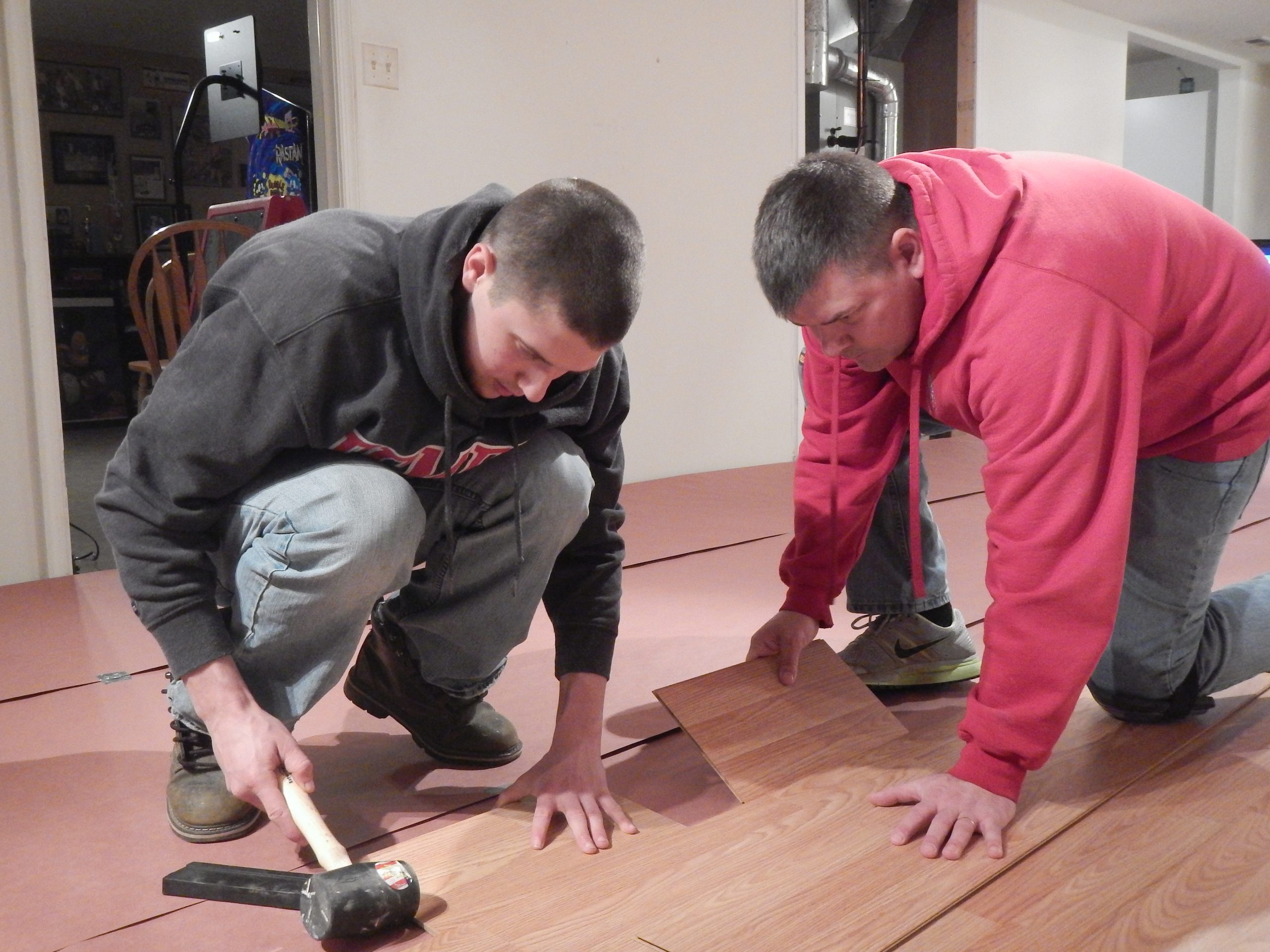 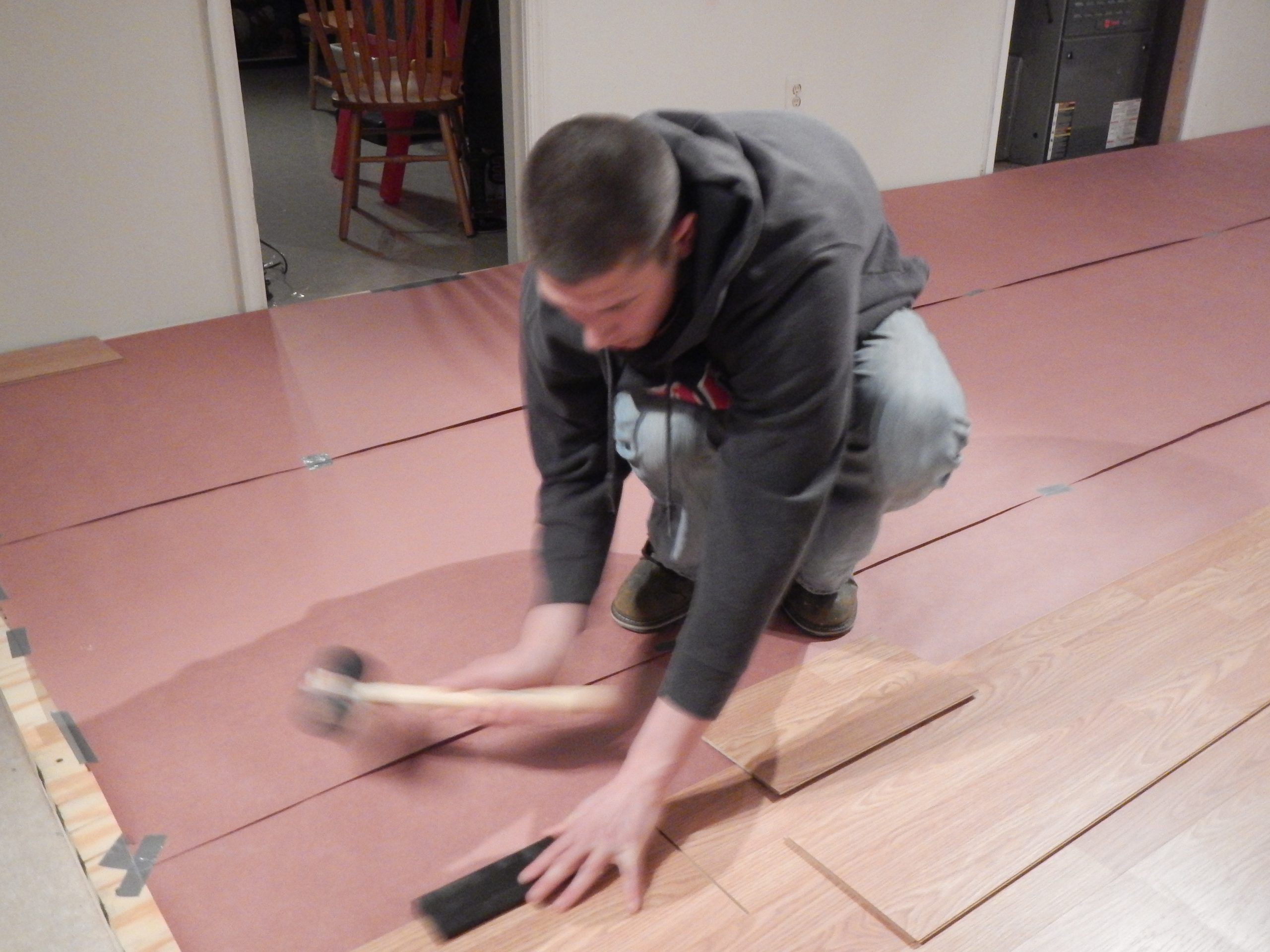 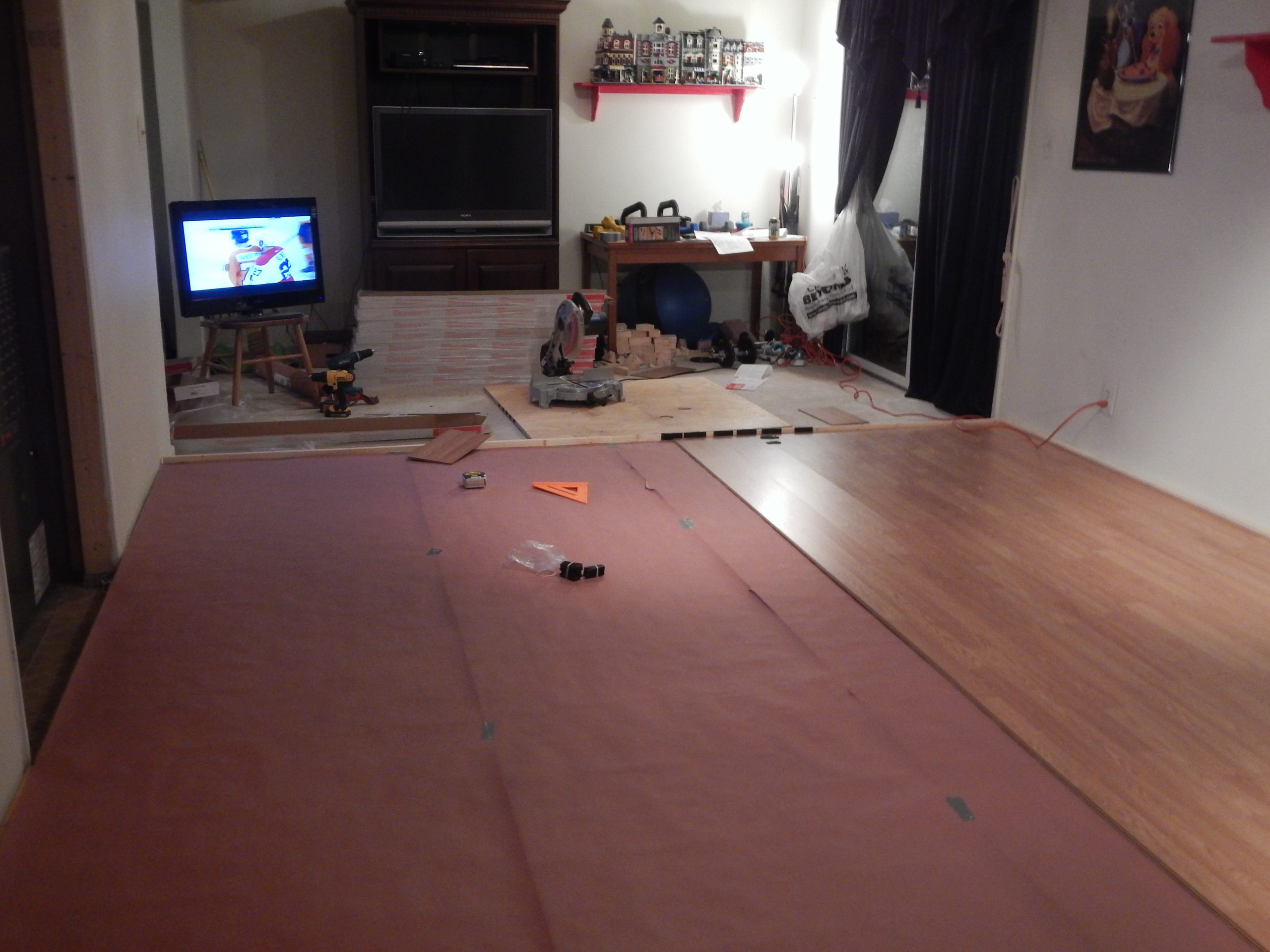 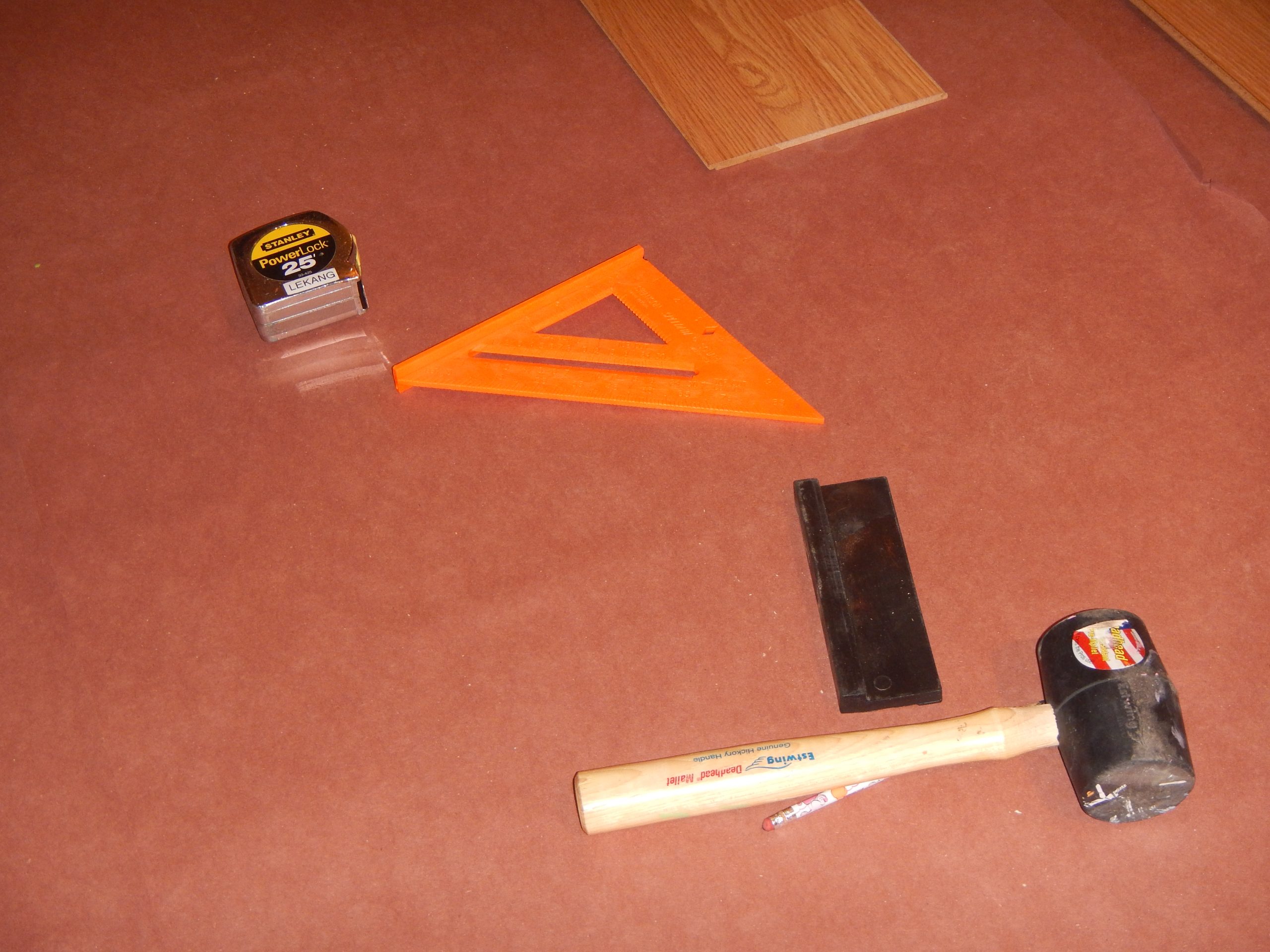 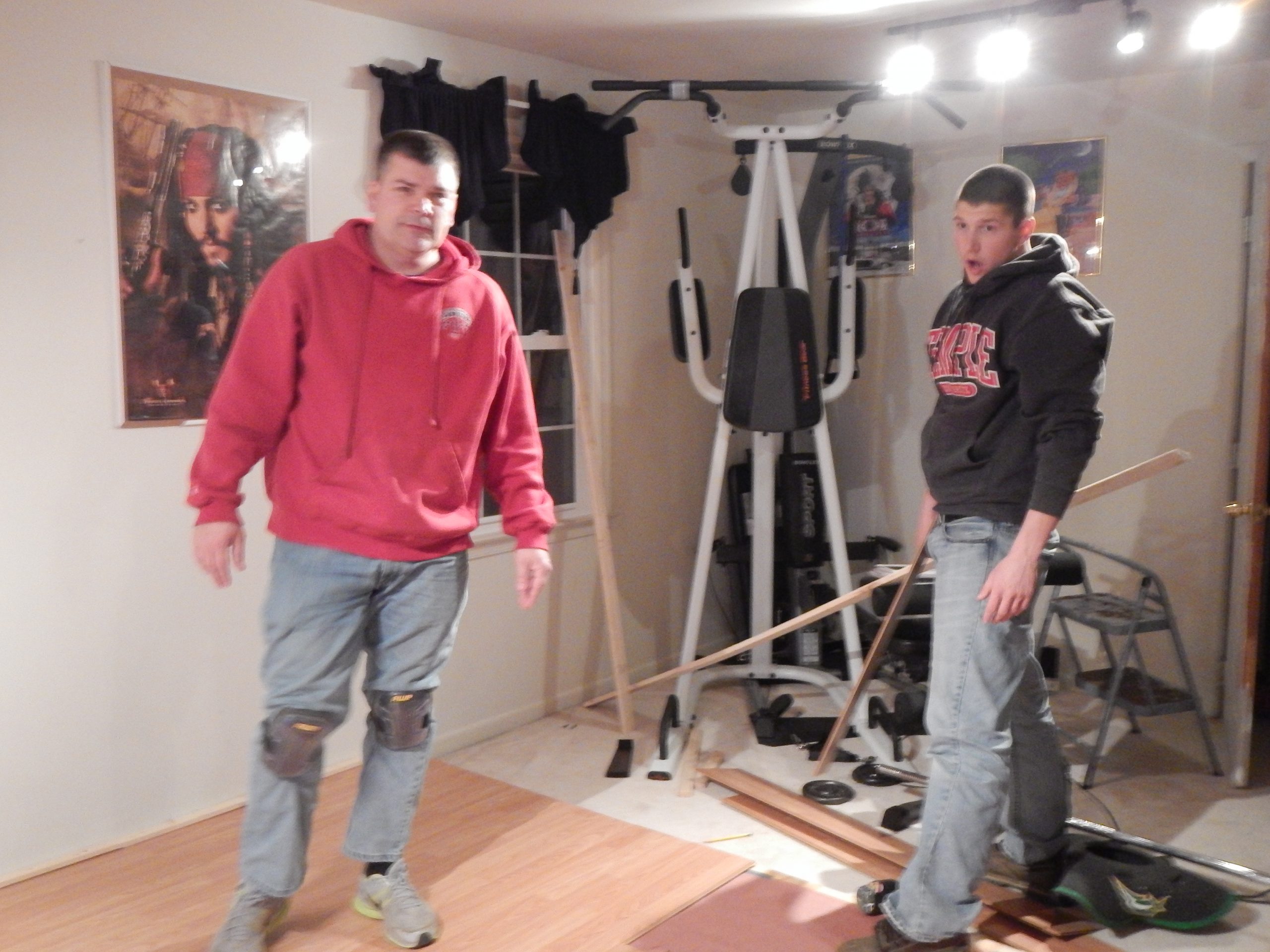 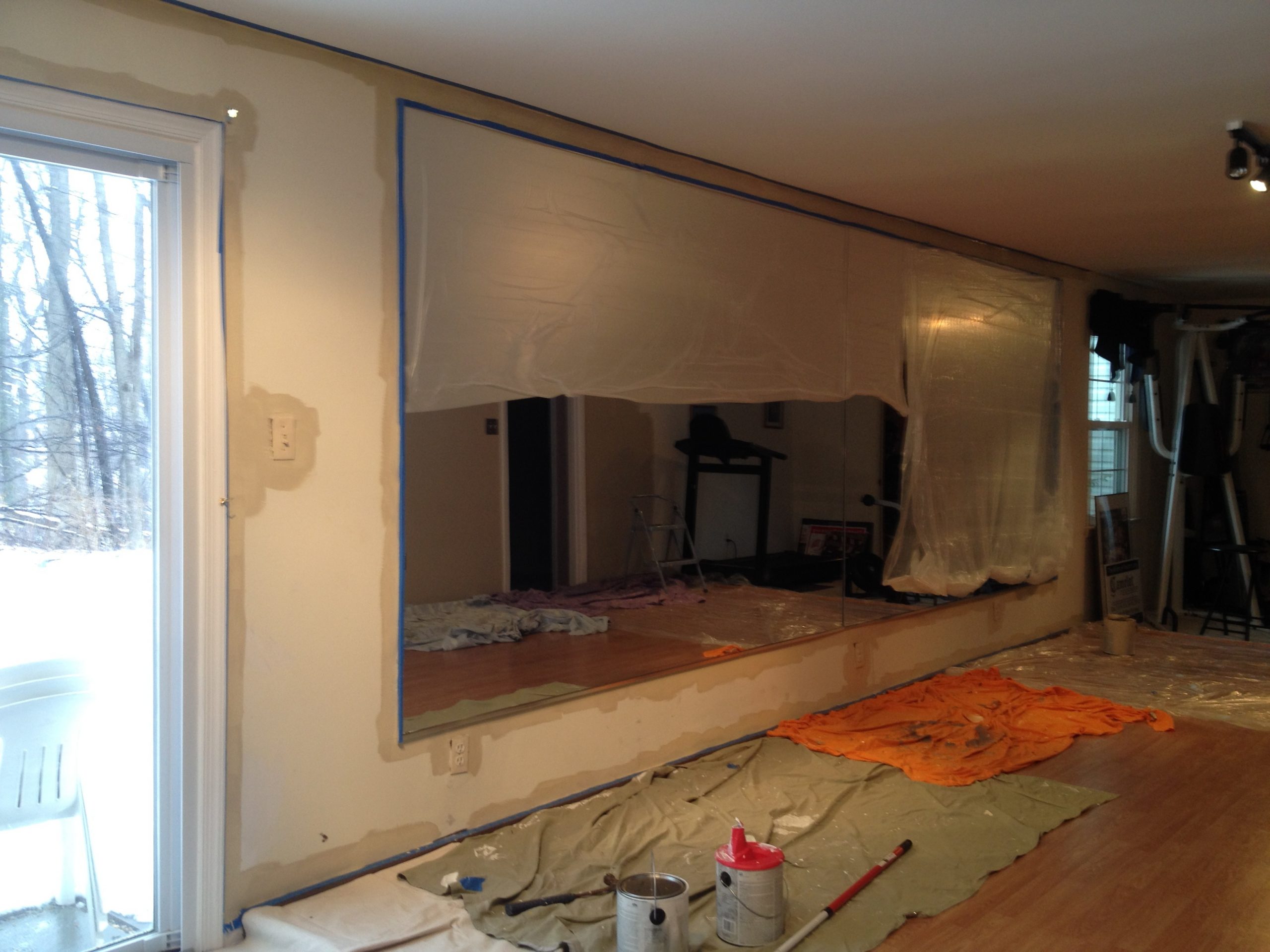 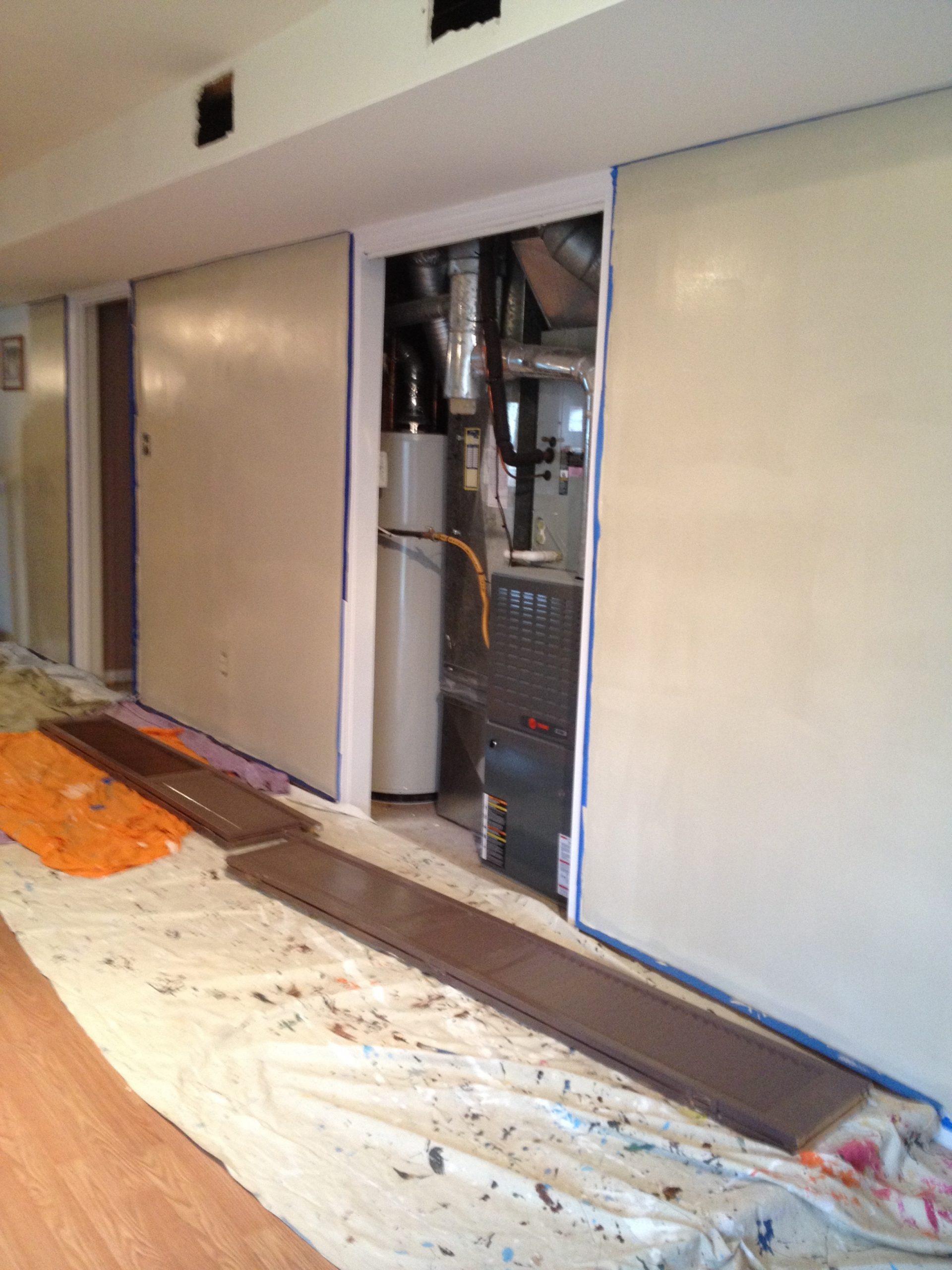 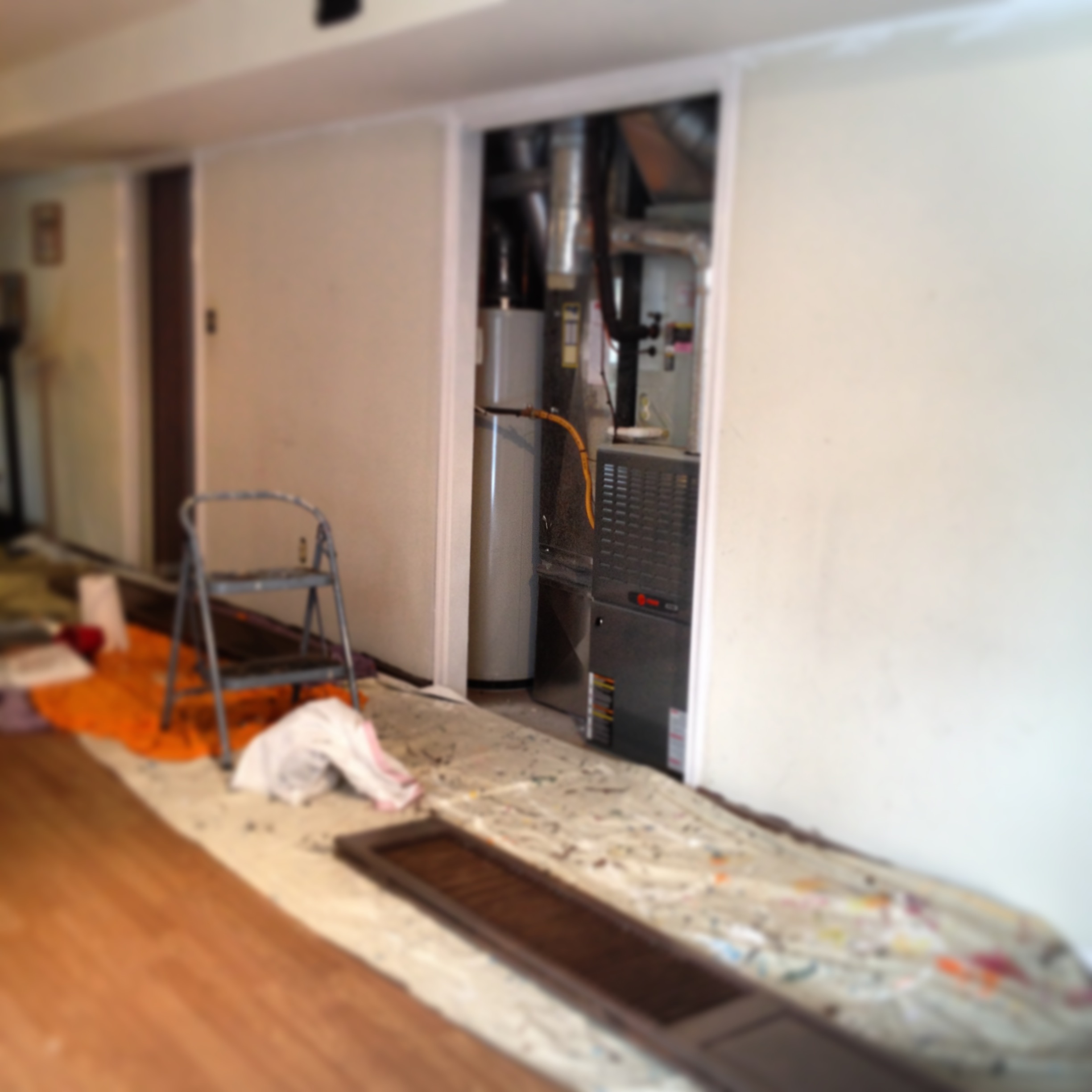 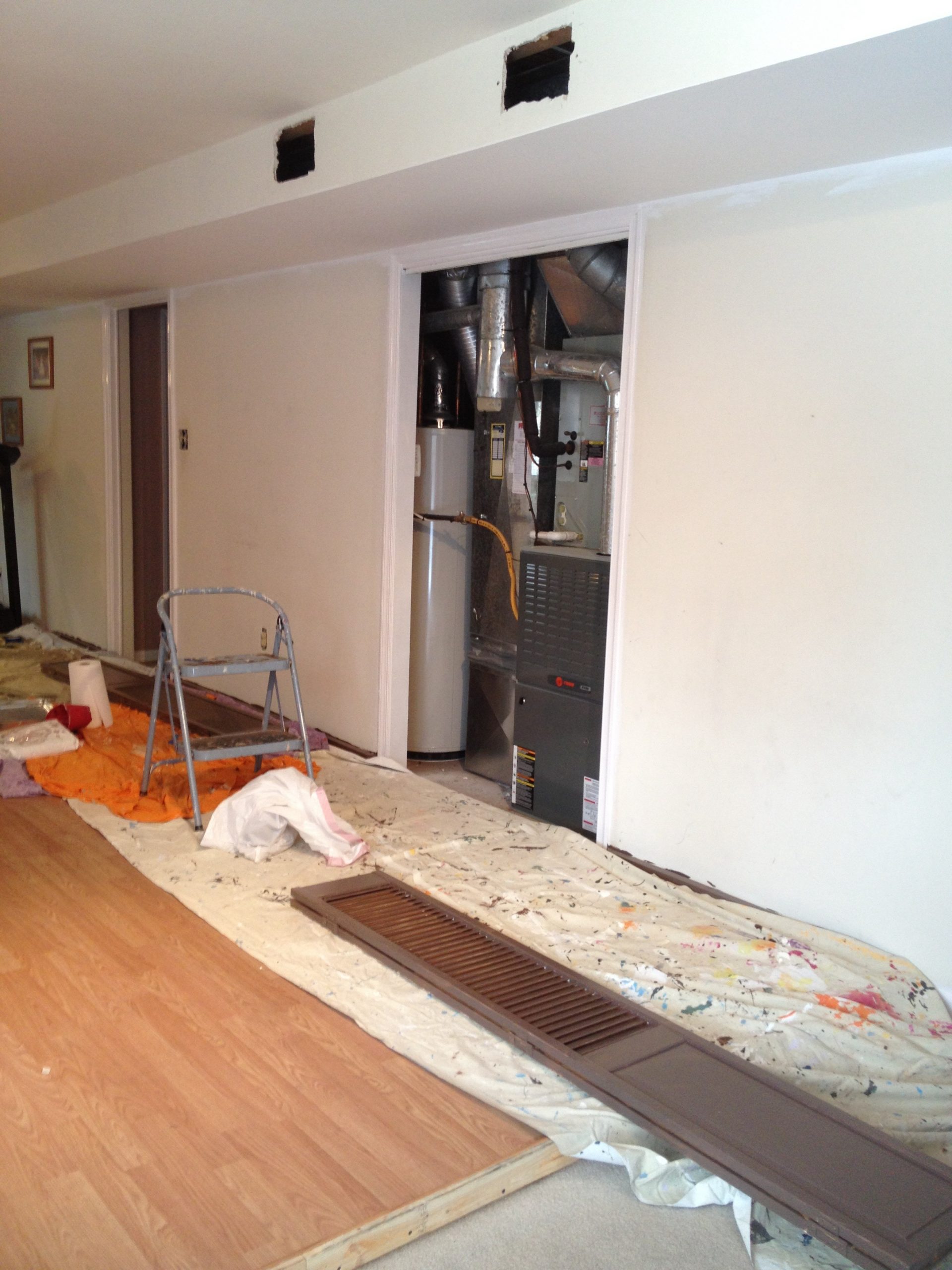 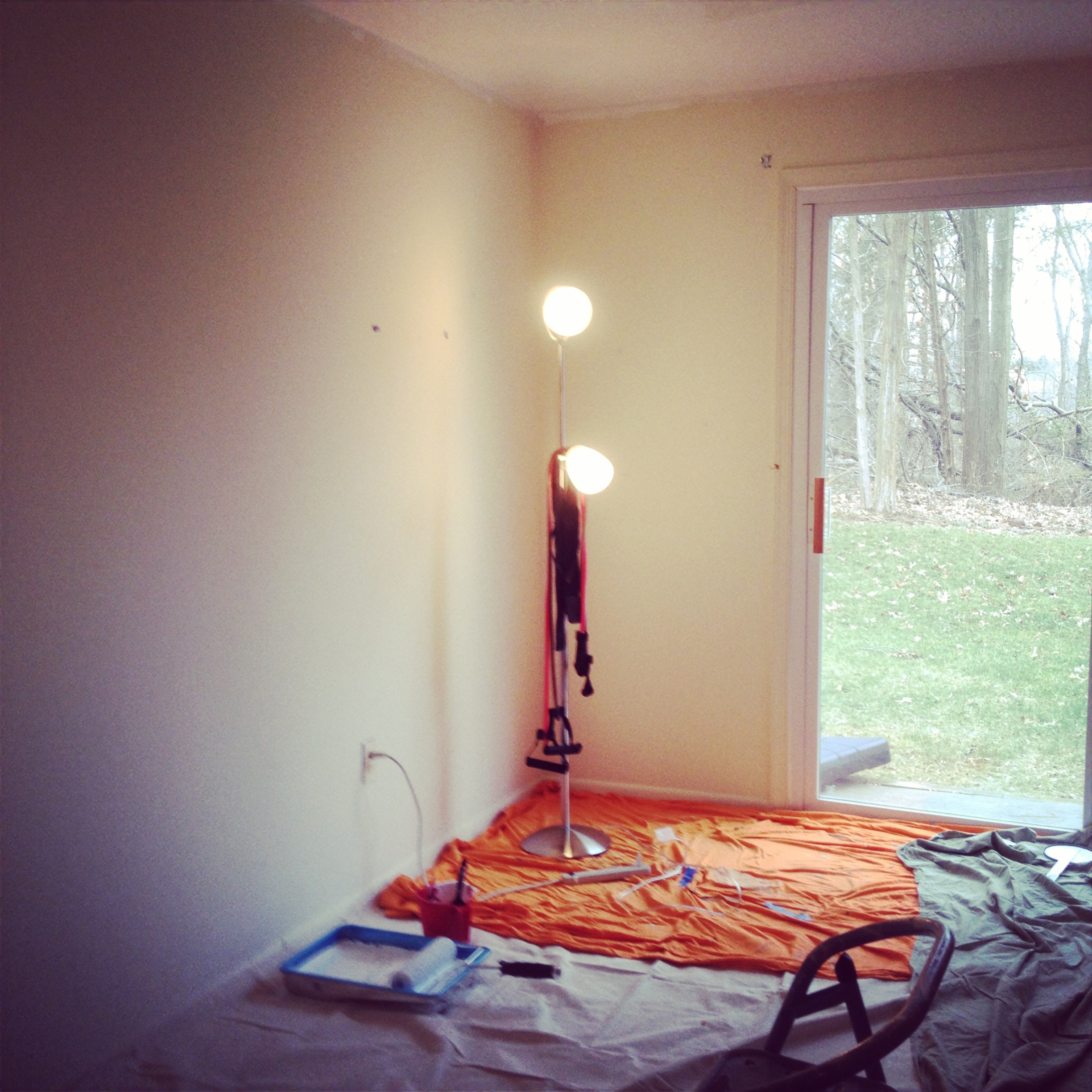 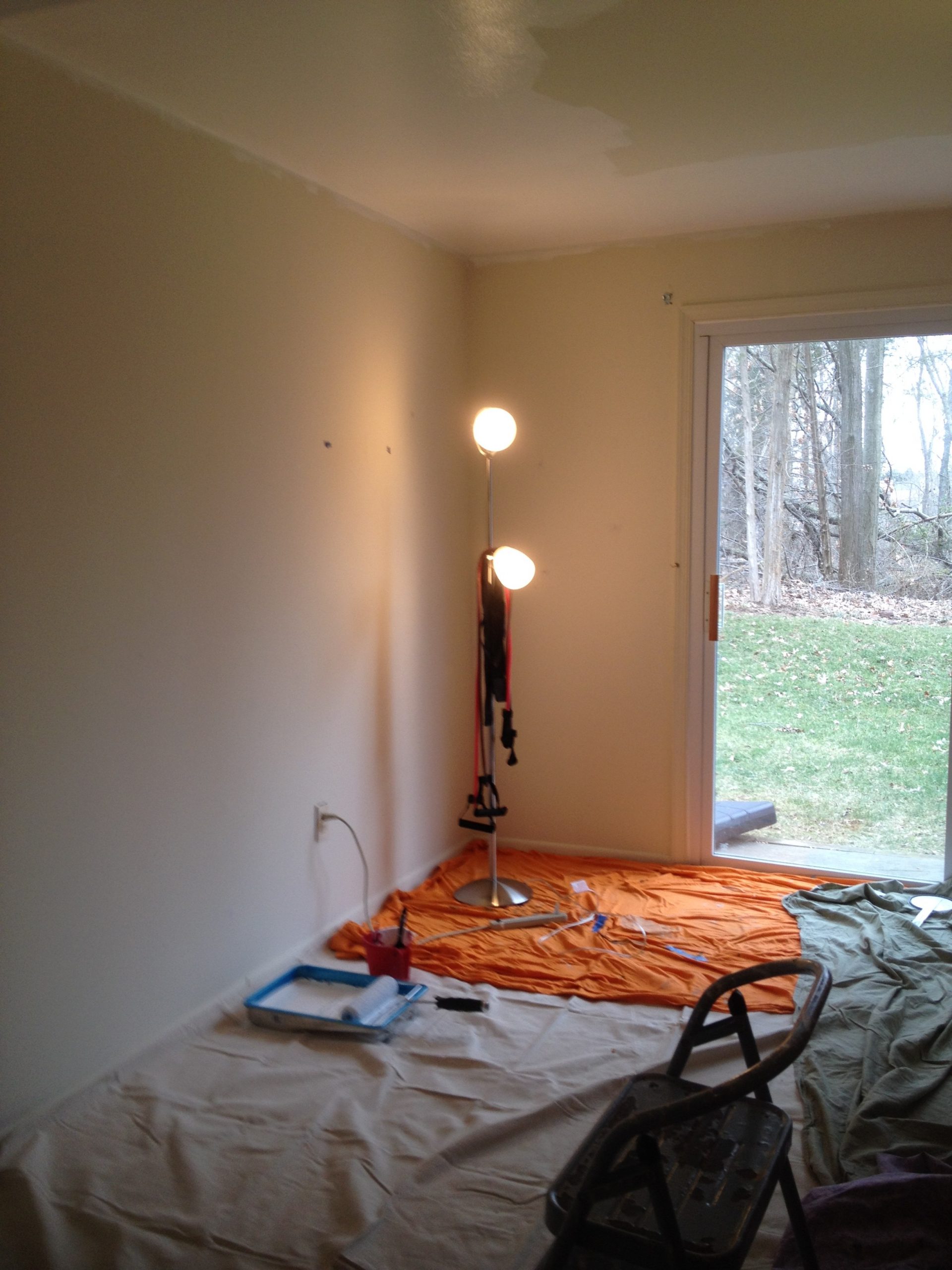 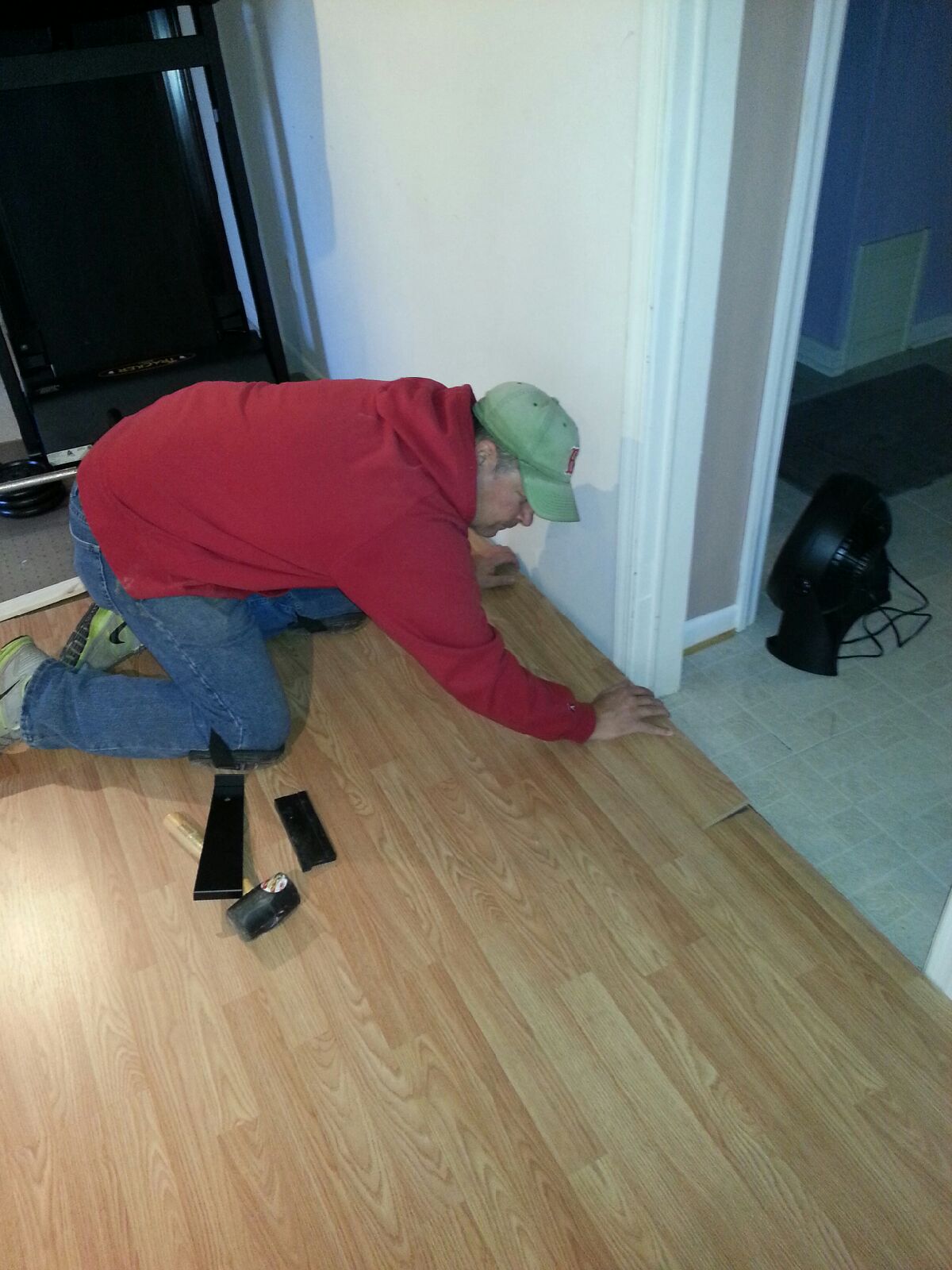 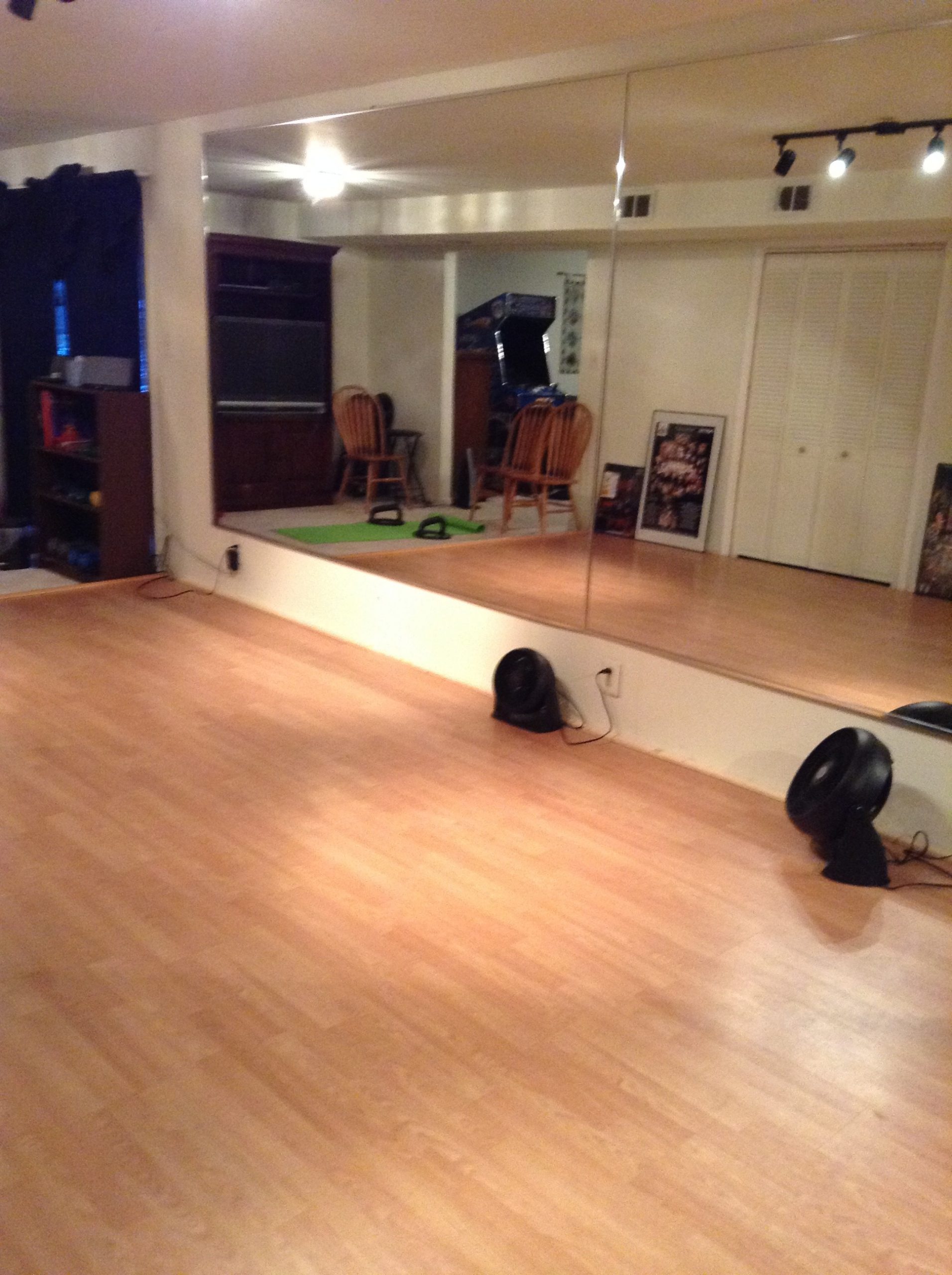 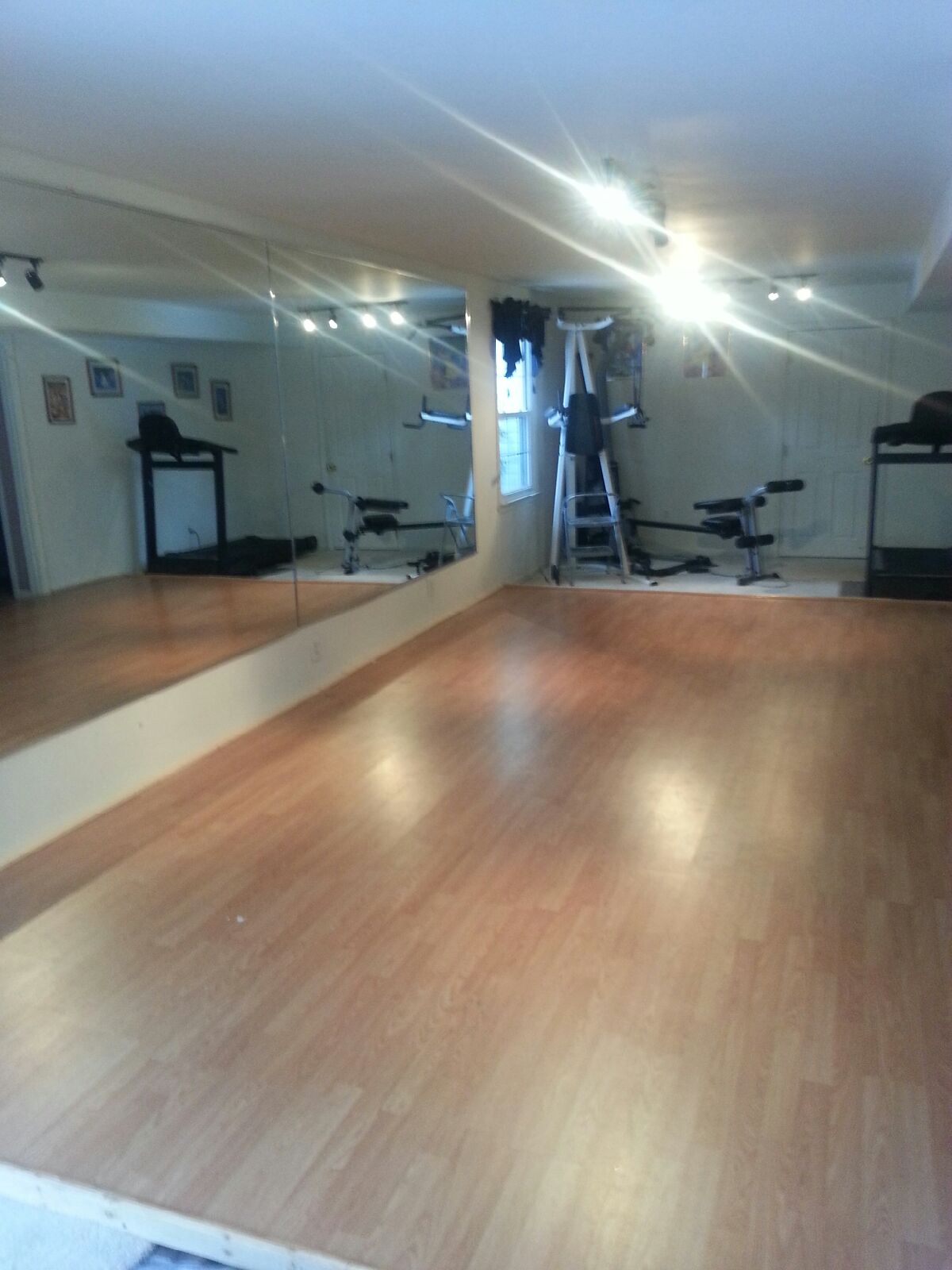 Not Just Dance is in the process of building a dance studio at 13931 Valley Country Dr, Chantilly, VA 20151.  Watch the progression either by checking back here or following us on twitter (@NotJustDanceNet).

Don and Anton working on the floor

Amanda Mason is a 2018 magna cum laude graduate of James Madison University. She received her Bachelors of Music in Music Theatre Performance. While at JMU, she performed in many stage productions including Guys and Dolls, Candide, The Merry Widow, The Barber of Seville, and Cosi fan Tutti. She was a member of the Madison Singers, JMU’s advanced choral chamber ensemble, for 2 years. She also was a member of the award-winning all-female acapella group Note-oriety for all 4 years of her college career. Prior to attending JMU, Amanda performed in community theatre at a very young age and continued throughout her high school years in productions with Chantilly Drama. Some of her favorite roles include Penny Lou Pingleton in Hairspray, Baker’s Wife in Into the Woods, and Eva Peron in Evita. Although she is currently developing her professional performance career, Amanda also has a passion for teaching and supporting young actors in hopes of inspiring a new generation of performers.

Candace’s dance life started – like most do – at a very young age, and has covered a wide range of disciplines, including tap, jazz, ballet, pointe, modern, hip-hop and pom.  She has been dancing for over 30 years as part of performing troupes, dance teams, and competition teams, and has been choreographing and instructing for over 15 years.

As a teenager, Candace attended the year-long Virginia Governor’s School for the Arts, where she studied Musical Theater and served as the group’s dance captain for two years.  As a member of the group’s select troupe, she traveled to Japan for a performance tour, and participated in dozens of Broadway revues and shows, including Will Roger’s Follies and Chicago.  At the collegiate level, Candace was a member of the James Madison University Dukettes, a very competitive and nationally ranked dance team.  Over the years, she has studied with several notable dancers and choreographers, including Dianne Walker (Black and Blue), Baakari Wilder (Bring in ‘da Noise, Bring in ‘da Funk) and Denise Wall (Denise Wall’s Dance Energy), and her own routines have received several awards at both regional and national competitions, for both choreography and high scores. She continues to perform with the high-level performance group, Sundays on Tap, and serves on the board of the non-profit Knock On Wood Tap Studio in Washington, D.C..

After receiving a Bachelor’s Degree from James Madison University, Candace began her professional career working with political campaigns across the country, serving in capacities ranging from Campaign Manager to Media Consultant. She has a Ph.D. from the University of Maryland in American Politics and Political Methodology, specializing in voter psychology and behavior, survey methodology, and experimentation. She has taught a variety of political science courses for New York University, American University, and the California State University in Northridge. Candace is currently a faculty member at the University of Maryland in College Park

Rachel Hutzenbiler is a recent graduate from East Carolina University where she received degrees in Theatre Education and Vocal Performance. Rachel was part of ECU’s Storybook Theatre and performed for youth audiences all over Eastern NC. Shows Rachel has been in include The Velveteen Rabbit, The Just So Stories and Stories from Around the World as well as several short plays for young audiences. Rachel has been highly involved in technical theatre including costuming, lighting, stage management and make up for shows such as Rent, Reefer Madness, The Giver, and Jungle Book.

Brittany is our Princess of Marketing in charge of all marketing campaigns and social media. She also oversees the Tech program as well as events for the studio. Brittany graduated from  George Mason University with a Business Degree in Marketing with a concentration in internet marketing. She also has a minor in Fine Arts and a knack for party planning. Her unique experiences in marketing, balanced by her theatrical and artistic talents, help market to our very dynamic and growing demographic.

As a gifted artist, Brittany has created props, set decorations, and set design for many shows. Recently, she helped Design and implement the sets for Willy Wonka, Frozen, Suessical, Chorus Line, & A Charlie Brown Christmas. As a tech instructor Brittany encourages the kids to stretch the limits of reality to create a new world for each show. To see a list of this year’s tech projects that students completed, please see the Teach Theatre Page on the website. She has appeared as an actress, featured dancer & set designer in many Alliance Theatre productions.

Jen began theatre as a Chantilly High School student studying under Elaine Wilson and Ed Monk. She remembers getting the theatre bug after seeing a production in elementary school written by Elaine Wilson for the Just Say No Campaign. Jen has directed over 20+ Not Just Dance shows. She recently directed the productions of Aladdin Jr, Willy Wonka Jr, Seussical Jr., A Chorus Line, Newsies, & A Charlie Brown Christmas. She has served as Stage Manager for several of The Alliance Theatre’s productions including: A Christmas Carol , Willy Wonka, Art of Murder, Aladdin Jr, Mulan Jr, Camelot, Annie Jr. and Hairspray. Her directorial debut was Little Shop of Horrors (The Alliance Theatre) which received 5 WATCH nominations.

She has also been the Stage Manager for Contemporary Music Center’s Rock Camp and City of Fairfax Theatre Company’s production of Pippi Longstocking. Jen is on staff for Not Just Dance and serves as the main Registrar, Head of the Musical Theatre Classes and provides private coaching. She also heads up the After School Theatre programs at several area schools in Chantilly and Centreville.