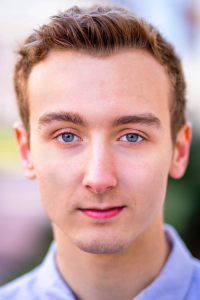 Jack Little is honored and so excited to join the Not Just Dance team and work with these incredible performers. He is a recent graduate of Christopher Newport University, completing his BA in Musical Theater and Minor in Dance. Jack began his vocal training at the age of 9 and his acting training at Patriot High School, where he featured as Tony in West Side Story and Lumiere in Beauty and the Beast. His roles at CNU include Toby in Sweeney Todd, Claudio in Much Ado About Nothing, Jonathan in The Whole World is Watching, and John Lawrence in The Living. He has also enjoyed work as Director’s Assistant in Cedar Point Elementary School’s productions of Annie Jr., Chitty Chitty Bang Bang Jr., and The Little Mermaid Jr. Jack is trained in two SAFD actor combatant disciplines to include unarmed combat and rapier/dagger.