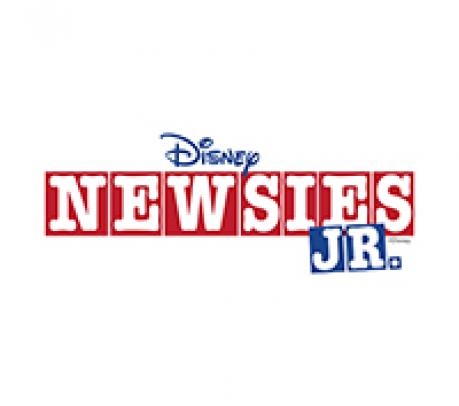 It’s time to carry the banner on the Not Just Dance stage with Disney’s Newsies JR! Set in turn-of-the century New York City, Newsies is the rousing tale of Jack Kelly, a charismatic newsboy and leader of a band of teenaged “newsies.” When titans of publishing raise distribution prices at the newsboys’ and newsgirls’ expense, Jack rallies newsies from across the city to strike against the unfair conditions and fight for what’s right!

Based on the 1992 motion picture and inspired by a true story, Newsies features a Tony Award-winning score by Alan Menken (Little Shop of Horrors, Sister Act) and Jack Feldman and a book by Tony Award winner Harvey Fierstein (Kinky Boots). Featuring the now classic songs “Carrying the Banner,” “Seize the Day,” and “Santa Fe,” Newsies is packed with non-stop thrills and a timeless message, perfect for the whole family and every audience.

Classes are held on Mondays or Fridays from 6 pm – 8 pm.

This is an INTERMEDIATE level class.

Prerequisite: You must have participated in a Not Just Dance Musical Theatre Program (2+ hours/week) to register. Those students who do not meet this requirement will be removed from the class and given to a student on the waitlist.

Concurrent Requirement: This class requires that all students concurrently enroll in a dance class. Dance registration at Not Just Dance begins on June 1st.

This is NOT an audition in class.  Students will be taught audition materials in the first classes and auditions will be held in class. Please double check all of the dates and performance dates against family calendars.

Note: This class has a dance requirement. All students must be registered in dance or show proof of taking dance at another studio by Sept. 1st. If neither of those have happened, students will be automatically enrolled in a dance class that has openings and parents will be charged for the dance class along with the tuition for the Advanced Musical Theatre class. See the Tuition Rates page for examples.

All students must be registered to audition for Newsies JR. Audition preparations will be done in class. Students will be taught songs, sides and choreography. Based on which parts they are most interested in, they will be given appropriate choices, from Newsies, to use as part of their audition. Auditions will be held in class at the end of September. The auditions will be used to determine casting and goals for each student. As part of the class, students will be working towards those goals specifically developed for each student.

ALL registered students will participate in the production and will be cast in the show.